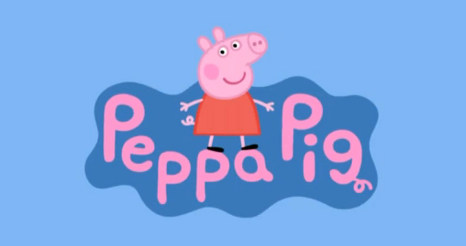 Peppa Pig first aired in the UK in 2004. Photo: BaldBoris/YouTube/Wikipedia

The 41-year-old allegedly broke into the city’s Caiazzo metro station in the early hours of Thursday morning, smashed the window of a news kiosk and filled a bag full of figurines of the much-loved pig before trying to flee after the alarm went off, the Milan edition of Corriere reported.

The man, named by the newspaper as Alfredo C., then tried to hide in the lobby of the nearby Michelangelo Hotel. But his presence didn’t escape the attention of police, who were quick to arrive at the scene and capture him.

He was also caught with a stash of phone cards and metro tickets.

The man reportedly had a previous record for theft.

Peppa Pig is a happy go-lucky pig who lives with her parents and brother George and has friends of every species of mammal.

Although the series was once voted Britain’s healthiest cartoon, in the past parents have also blamed it for inciting naughtiness, after their children mimicked Peppa and her brother’s antics.

The series, which was first aired in the UK in 2004, is also very popular among Italian children and, it would seem, adults.

In another unusual case of theft earlier this month, a man was arrested for stealing bras…in the northern Italian town of Bra.