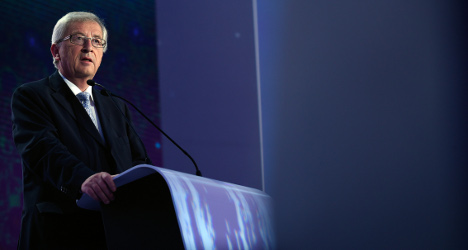 After weeks of debate and tensions at the top over the decision, to be discussed today in Brussels, Renzi at last put his cards on the table.

“It’s an ok for Juncker. But only with a document that indicates where he wants Europe to go,” the Italian prime minister was quoted in Rai News as saying.

Juncker, the former prime minister of Luxembourg, has been criticized as representing the old guard of European politics, lacking the ability to revamp the EU institutions and counter growing Euroscepticism amongst citizens.

The Italian prime minister’s own style of governance – characterized by his efforts to reform the country’s institutions – appears at odds with that of Juncker. But by giving support to the candidate favoured in Berlin, Renzi may win some ground in his attempts to see EU budget rules relaxed for Italy.

While the focus in Brussels on Friday will be on European Commission president, other key posts are also up for grabs.

Although Enrico Letta, Italy’s former prime minister, has dispelled rumours he could be in the running, Foreign Minister Federica Mogherini is said to be a possible candidate. She has been tipped to take over from Catherine Ashton as the high representative for foreign affairs and security policy.