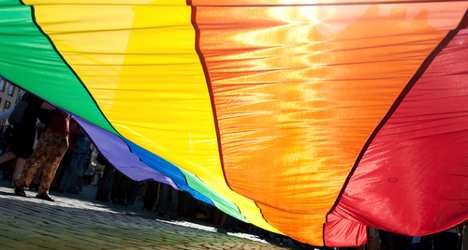 Di Gay Project (DGP) in southern Rome was attacked on Wednesday night, with the crime being reported to police on Friday, Corriere della Sera said.

A mob threw excrement and other items, such as wooden boxes and vegetables, at the organization’s office, as people were rehearsing a theatre performance inside.

Members of the gang, estimated to be aged between 15 and 40, also shouted threats such as “We’ll set you alight” and “you deserve to die” before running off.

Responding to the attack, actress and director Maria Chiara Cucinotta vowed to “not be intimidated” and said the performers would return to rehearse this evening.

“We don’t immediately have damages, physical or structural, but in our heart certainly,” she was quoted in Corriere as saying.

Imma Battaglia, a politician and honourary president of DGP, said the attack was part of a broader “emergency of homophobia and security” which must be addressed at the political level, the newspaper reported.

The incident comes less than three weeks since the Italian capital hosted Roma Pride, when tens of thousands of people marched through Rome in support of the gay community.