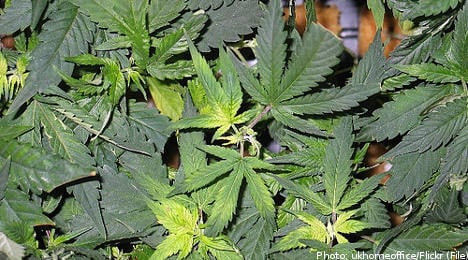 The contraband was found in a Togolese flagged ship the Aberdeen on Monday during a check, a senior French official said.

Vincent Sauvalere, the head of operations at the National Directorate of Intelligence and Customs, said the ship had Indian and Syrian crew.

The boat was brought back to the Sicilian port of Trapani, the French finance ministry said. The crew members have been handed over to Italian officials.

Sauvalere said the consignment had a value of €120 million, adding that the cannabis appeared to have been coming from Morocco, the main producer in the region.

The last record maritime haul of cannabis in France dates back to 1999 in the English Channel when 23.5 tonnes were found in a trawler.