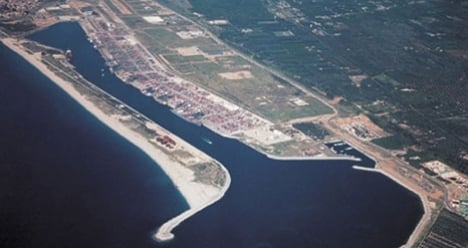 The chemical weapons will arrive in the port of Gioia Tauro in several days. Photo: Istvánka/Wikipedia

The Organisation for the Prohibition of Chemical Weapons (OPCW), charged with extracting and destroying Syria's chemical weapons stockpile, confirmed to AFP the final transfer of banned material from the Danish vessel Ark Futura to a US ship would take place in early July.

The Ark Futura will take chemicals to Gioia Tauro, where they will be transferred to the US ship Cape Ray on July 2 for destruction at sea. Some are also due to be destroyed in the US, Britain and Finland.

Final security measures were discussed in Italy on Saturday, with additional barriers and checkpoints to be installed and maritime surveillance to be increased around the port.

A control room housing local officials, firefighters, police and navy officers will begin operating on July 1 ahead of the Ark Futura's arrival.

"The transfer will take a maximum of 48 hours and may be done within a day," said OPCW spokesman Michael Luhan."

"They have the equipment that they need, that is why we chose Gioia Tauro as it deals with this type of cargo all the time," he added.

Once transferred the chemicals will be transported aboard the Cape Ray into international waters and destroyed in a process the OPCW says will take "up to 60 days".