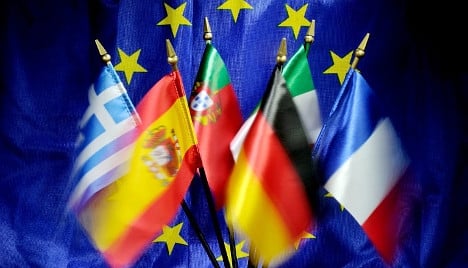 Italians on average live longer than other Europeans, but fall behind in other areas. Photo: Philippe Huguen/AFP

Despite often speaking badly of Brussels, Italians cannot deny that their daily lives are inextricably linked to the EU.

More than 60 years after Italy and its war-weary neighbours created the forerunner to the European Union, more than half of the country’s imports and exports are to and from the EU.

Now that Italy has to contend with another 27 nations for prominence, its citizens may well be wondering how they compare to the other 445 million Europeans.

Much debate on Italy’s place in Europe focuses on economics, weighed down by a lengthy recession in Rome and what has been perceived in some quarters as bullying from Berlin.

According to figures from EU statistics agency Eurostat, GDP (gross domestic product) per capita was €25,600, just slightly lower than the EU average of €25,700. Government debt paints an even darker picture, with Italy burdened by a debt-to-GDP ratio of 132.6 percent, far higher than the 87.1 percent across Europe.

But a favourable comparison can be made: Italians live longer. The country’s 59.7 million citizens are likely to live 2.1 years longer than the average European, with life expectancy at an impressive 82.4 years.

Italians are also on average older – 21.2 percent of the population are over 65 compared to 18.2 percent across the EU. As a result fewer babies are being born in Italy than elsewhere.

But despite talk of a shrinking population, Italians live in far closer quarters than other parts of Europe. Italy may boast impressive landscapes such as the rolling hills of Tuscany or the jagged Dolomite peaks, but overall there are 201.8 people packed into each square kilometre. This is almost double the European average, with a population density of 116.3.

Although Italy is due to lead Europe for the next six months, it is currently falling behind in a number of areas. Internet is notoriously slow, with broadband in just 68 percent of households compared to 76 percent across Europe.

Overall spending on research and development was just 1.27 percent of GDP in 2012, falling short of the EU average of 2.07 percent, while Italians are also using less renewable energy than their neighbours.