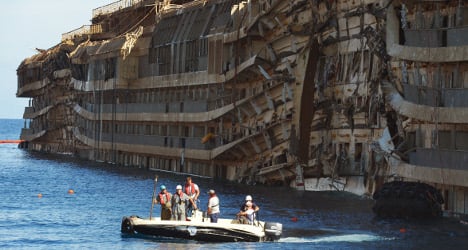 Politicians on Monday voted on the resolution, which will see the Costa Concordia transported from the Tuscan island of Giglio to Genoa in the north-west of Italy.

Current plans are to have the wreck removed from the island’s shoreline “during the month of July and to start dismantling the wreck as soon as possible,” according to a government statement.

Speculation has been rife in recent weeks as to where the Costa Concordia will be scrapped, after Transport Minister Maurizio Lupi announced in May that the operation would take place somewhere in Italy.

The cruise ship has rested in Italian waters since it ran aground in January 2012, leaving 32 people dead and prompting a salvage operation which has already cost an estimated €1.1 billion.

The ship’s captain, Francesco Schettino, is currently on trial for manslaughter, while other people charged over the disaster negotiated plea bargains last year.

READ MORE: Costa Concordia to be scrapped in Italy