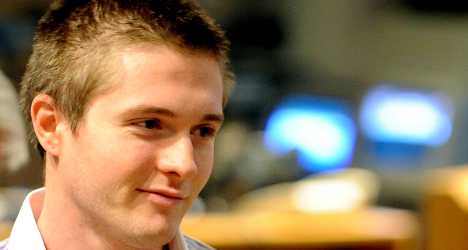 His lawyer, Giulia Bongiorno, said during the press conference in Rome that Sollecito “spent the night with Amanda” but was not with her during  part of the evening.

The addition to Sollecito’s defence comes as lawyers prepare an appeal to Italy’s Supreme Court against January’s verdict by a Florence court.

While the Italian always claimed Knox "spent the night" with him, he never said they spent the evening together – which is when the crime took place, Bongiorno said.

“Whenever he described what happened that afternoon, and evening, he always said he spent the night with Amanda,” Bongiorno said.

Bongiorno said the appeal would revolve around a text message which Knox claims to have sent while with Sollecito at his house the night of the murder.

"This text message, according to the court's own ruling, was not sent from his house. Therefore the pair were not together," she said.

Sollecito is relying on the log from his home computer to prove he was home at the time of the killing.

Sollecito, who was also at the conference, again professed his innocence, saying, “I’m not here to change my story; only a crazy person or a criminal would do that.”

“I am neither a crazy person or a criminal, I’m an innocent person,” he added.

Asked where Knox may have been in those missing hours, Sollecito said he was concentrating only on defending himself and could not vouch for her whereabouts.

He also said he was in love with Knox but that, ultimately, she was a "stranger".

However, he added that he and his family have always believed, and continue to believe, in Knox’s innocence.

Kercher, from south London, was found dead in the apartment she shared with Knox in Perugia, a popular student city, on November 1st 2007.

Knox and her former boyfriend Sollecito – originally sentenced to 26 and 25 years in prison for killing Kercher – were acquitted on appeal in 2011 after four years behind bars, but then found guilty again in a shock about-turn by a Florence court in January.

In April, the court said in its reasoning that there was DNA proof that three people were at the murder scene: Knox, Sollecito and a third person, Ivory Coast-born drifter Rudy Guede, who is the only person still in prison for the crime.

Kercher was frequently irritated by her behaviour and when her Seattle-born housemate invited Guede into the apartment that night the situation escalated, the court said in the 337-page explanation.

Guede "behaved impolitely" and an annoyed Kercher interrupted an "intimate moment" between Knox and Sollecito to complain, it said.

"The cohabitation had reached such a level of exasperation" that the argument quickly escalated, with Guede, Knox and Sollecito "collaborating to immobilize Meredith and use violence against her," it added.

Guede – whose DNA was found inside Kercher's body – was driven by "sexual instinct", while Knox and Sollecito "wanted to prove their power over Meredith and humiliate her", stabbing her with two knives.

The larger of the two knives, "which produced the wound on the left part of the neck and from which spurted most of the blood which caused Meredith Kercher's death, was held by Amanda Knox," it said.

The other was wielded by Sollecito, who cut through Kercher's bra strap, inadvertently planting the only piece of DNA evidence which links him to the scene, it added.

Investigators have long insisted that 47 cuts and bruises on Kercher and the apparent use of two different knives in the attack pointed to more than one killer.

Prosecutors had previously alleged that Kercher was killed in a drug-fuelled sex attack, claiming Knox delivered the final blows while Sollecito and Guede held the victim down.

But the Florence court ruled out the theory, saying that Kercher was not the type of girl to have engaged in such antics.

The trial will now go back to Italy's highest court, which could uphold or overturn the verdict.

If it upholds it, officials are expected to begin the lengthy process to extradite Knox from the United States, where she returned on her release from prison in 2011. 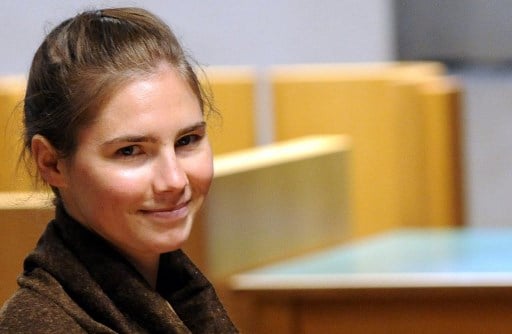 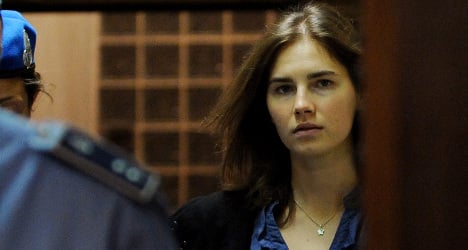