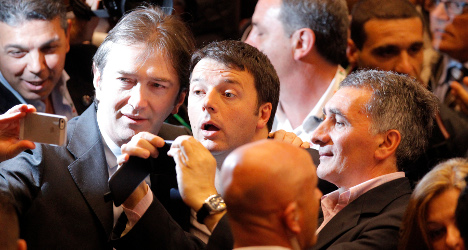 Speaking to MEPs at the European Parliament in Strasbourg  as Italy takes over the rotating presidency of the Council of Europe, Renzi said he saw a tired Europe.

“With extreme worry, I must say that if Europe today took a selfie, an exhausted face would emerge, in some cases one of resignation,” he was quoted in Ansa as saying.

The prime minister called for greater unity among the EU’s 28 countries, arguing “if we keep closing ourselves inside our borders, we won't move forward.”

Italy’s six-month presidency would focus on economic growth in the EU, but Renzi warned “the human dimension” must not be forgotten.

Matteo Renzi speaking at the European Parliament on Wednesday.

The premier also said all must be done to maintain eurosceptic Britain within the bloc.

"Europe without the UK would not only be less rich, but less Europe and less itself," he said, adding that "Europe can be a place of the future if we all play for it together."