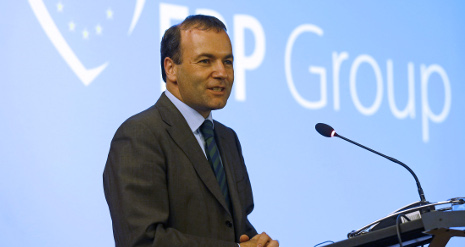 While Renzi insisted Italy was not trying to shirk its budget responsibility, his request sparked an immediate reaction from Manfred Weber, a German MEP, who said: “With a debt of 130 percent [in Italy], where will the money come from?”, Corriere reported.

Weber, also chairman of the European People's Party (EPP), added that Italy and France did not want to comply with budget requirements that Greece and Portugal had to endure.

Renzi also reminded Germany that it was "allowed to violate the limits" ten years ago as it pursued reforms which ignited growth.

The Italian leader, who is fast outshining France's President Francois Hollande as the voice of Europe's centre-left, vowed that Italy would stick to EU treaties such as the Stability and Growth Pact that lays down the bloc's fiscal rules.

With France and Italy struggling to comply with the Pact's rules of keeping the national deficit within three percent of GDP and debt to 60 percent of output, both Renzi and Hollande have urged flexibility from their EU peers in imposing the rules.

Europe's high unemployment has been blamed by critics on belt-tightening austerity measures put in place in countries struggling to recover from the eurozone crisis.

At a summit last week, the pair succeeded in including the notion of more flexibility into the EU's policy agenda for the next five years.