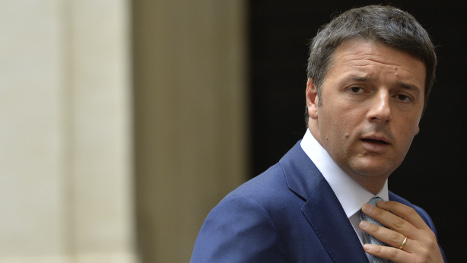 €125 million has been set aside to fund the “national civil service” programme, for which the first 37,000 people aged 18-29 will be hired from October, Il Messaggero reported. The rest will be recruited over three years.

A further €55 million will be made available at a regional level through the 'Garanzia-giovani'  programme, an initiative launched in May to provide work and training opportunities to the under-30s.

Those hired will be paid €433 a month for a minimum course length of eight months, with the possibility to extend to one year. They will work on projects involving civil protection, health, environment and artistic and cultural heritage.

Meanwhile, some recruits will be assigned to “not-for-profit” projects overseas.

The programme is also open to immigrants in Italy, EU citizens as well as refugees seeking asylum.

“One thing we want to do is open the programme up to foreigners legally residing in Italy,” Luigi Bobba, the under-secretary of the labour ministry was quoted as saying in Il Messaggero.

The aim is to engage young adults in “changing the skin” of Italy’s civil service through various “non-profit” social projects while giving them the possibility to create professional opportunities, the newspaper said.

Italy's Prime Minister Matteo Renzi first announced plans to overhaul the voluntary sector in May with the aim of “strengthening civil society”.

The initiative was then brought forward by Democratic Party politician Francesca Bonomo, who is also responsible for the civil service and youth policies.

She was quoted in Il Messaggero as saying the positions on the programme are “not jobs”.

“And what we do not want [to create] is underpaid jobs, they are pure voluntary [positions],” she said, adding that the main aim is to get young people on the path to a professional career while providing them with a certificate of training.