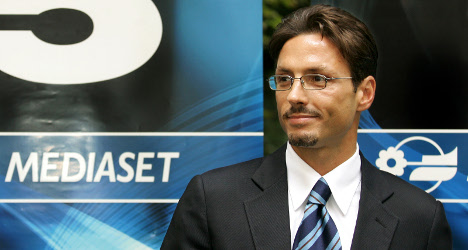 Prosecutors had asked for a jail term of three years and two months but the young Berlusconi, the company’s deputy chairman, was found innocent of alleged involvement in financial wrongdoing that relates to the trading of TV rights at the company’s telemarketing subsidiary, Mediatrade, La Repubblica reported on Tuesday.

Fedele Confalonieri, Mediaset’s chairman, was also acquitted along with eight others.

Silvio Berlusconi was also investigated but the case against him was dropped in 2012 under the statute of limitations.

The allegations were connected to a tax fraud amounting to millions of euros in 2003 and 2004, when the telemarketing unit was based in Milan.

"As an Italian businessman, I am cheering for immediate reforms and I applaud the government's drive to move quickly. Renzi has a unique chance and a great responsibility."