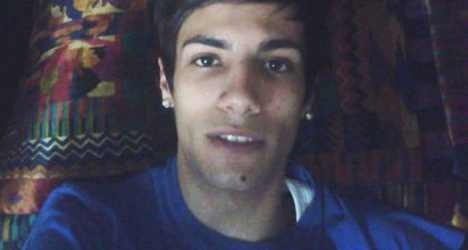 Joele Leotta was murdered six days after arriving in the UK. Photo: Facebook

Joele Leotta, a 20-year-old from the northern Italian region of Lombardy, was killed six days after arriving in the Kent town of Maidstone last October.

Three Lithuanian men – Aleksandras Zuravliovas, 26; Saulius Tamoliunas, 24 and 21-year-old Linas Zidonis – were convicted by Maidstone Crown Court of killing the waiter in his flat above the restaurant where he worked and jailed for life on Tuesday,  Kent Online reported.

Zuravliovas was told he will serve a minimum of 21 years while Tamoliunas and Zidonis will both serve at least 20 years.

The men were said to have "behaved like a pack of animals", inflicting 100 wounds on Leotta.

They were also convicted of wounding Leotta's childhood friend Alex Galbiati, 20, with intent to cause grievous bodily harm. Galbiati told the court that the pair had moved to Britain for "a work opportunity we could not find in Italy."

"During the 11-and-a-half weeks I have sat here with the jury I am satisfied none of you have shown a flicker of remorse," Judge Philip Statman told the three.

"A death in circumstances such as this outrages and horrifies the collective conscience of our community. It leaves families devastated.

"I have listened to the profoundly moving impact statements – Joele Leotta, a young life cut short, his closest friend emotionally scarred by the events I am having to deal with."

Leotta's family travelled to Maidstone for the verdict, which was reached on Monday, from their home in the province in Lecco.

"Nobody can see the pain we carry inside ourselves," the family said in a statement published on Kent Online on Monday.

"It makes us unable to breathe, it makes us powerless, it leaves us empty and lonely. Why did this happen?

"He did not deserve something so ugly to happen to him. Joele will no longer be able to taste or smell, see, feel pain or feel joy and live his life. We will never be able to accept this.

"Joele was a kind, loving, respectful and determined boy. He would never sow hatred, violence or cowardice. The memory of Joele is our strength. The memory of his voice with the words – 'Everything is cool, see you tomorrow'."

The court heard that the three men forced their way into Leotta's room in the flat above the Italian restaurant, Vesuvius, at about 11.15pm on October 20th last year and launched the attack because it was wrongly assumed that the two Italians had complained to the landlord about noise coming from the top floor flat, Kent Online reported.

"The two Italian boys did absolutely nothing to provoke such hideous, mindless violence,"  Prosecutor Philippa McAtasney QC said in her closing speech on Monday.