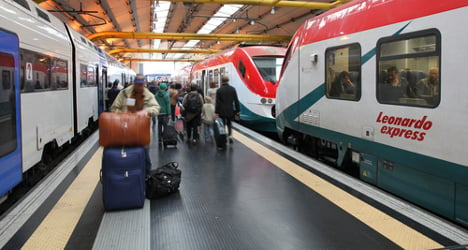 The unnamed man was killed at around 7.30am at Villa Bonelli station, south of the city centre, Rai News reported.

Trains to Fiumicino were diverted, adding an extra half-an hour to the usual 30-minute journey, while extra airport buses were added to the route.

Investigators are currently trying to determine whether the man was trying to cross the platform when he was hit, or whether he committed suicide, Rai News said.

The incident comes less than two days after part of Rome’s metro system shut down, prompted by a passenger dying after having a stroke on one of the trains.

As a result a section of line B, one of only two metro lines in the Italian capital, was closed for around three hours on Saturday evening.