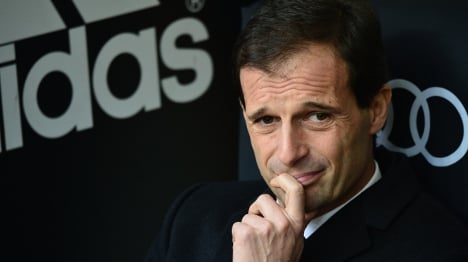 Allegri has been out of work since his sacking by AC Milan in January. The 47-year-old won the title in his first season (2010/2011) in charge.

Milan finished runners-up in the following campaign before the club's fortunes dipped.

According to Italian media reports, Allegri has signed a two year deal worth €2.5 million a season.

The club, announcing his appointment, said Allegri would be unveiled as their new boss at a press conference later on Wednesday alongside "Juventus sporting director Giuseppe Marotta".

Conte, who left Juve after guiding the club to a third consecutive title, is tipped to succeed Cesare Prandelli as national team manager.

Prandelli stood down after Italy's first round knockout at the World Cup.

Allegri joins Juventus with the club on a high after a record 102 points haul last season en route to their third straight Scudetti.