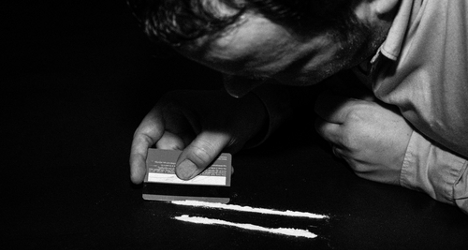 Officers found traces of cocaine in the toilet at a party in Milan, along with pieces of the priest's passport. Cocaine photo: Shutterstock

Stefano Maria Cavalletti, 45, was arrested last week at a party held by acquaintances in the city, La Repubblica reported.

Neighbours called police after hearing one of the partygoers fly into a drug-fuelled rage, the newspaper said.

On arrival, officers found traces of cocaine in the toilet, along with pieces of Cavalletti’s passport. The priest from the Carciano di Stresa parish, on the shore of Lake Maggiore, was promptly arrested and faces charges of drug dealing.

During police interrogations Cavalletti reportedly told police he had started to use cocaine to combat depression, following a conviction in September 2013 for defrauding an elderly woman of €22,000.

Responding to news of the arrest, the nearby Diocese of Novara expressed its “great bewilderment and pain”.