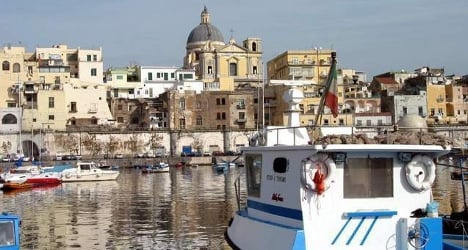 The mobster's villa is near Torre Annunziata, south of Naples. Photo: Bboss/Wikimedia Commons

The three are alleged to be linked to the Gallo-Pisielli clan of the Camorra, the Naples-based mafia syndicate that is the subject of the popular series Gomorra on Sky, Italian news agency Ansa reported.

The company believed to have been extorted is Rome-based Cattleya, which has previously denied the allegations.

The Italian weekly Panorama last month reported that an investigation was underway and said that the production company had paid members of the Camorra to rent the villa and was then asked for further payments on the side.

It said the villa belonged to mafia boss Francesco Gallo and had been under court administration when filming took place after it was seized by police following his arrest.

Italian media said the villa near Torre Annunziata, south of Naples, is modelled on the one in cult 1983 film "Scarface" starring Al Pacino and includes an eight-person jacuzzi, Versace floors and Baroque decor.