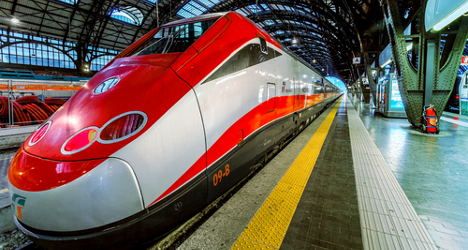 The man was found as the train pulled out of Florence on Sunday evening. Train photo: Shutterstock

Staff found the man in a locked toilet as the train pulled out of Florence on Sunday evening, Il Messaggero reported.

His abdomen and throat had been cut by a knife found next to him, along with €30,000, the newspaper said. Media reports did not detail whether the man was carrying the money on his person or in a bag of some kind.

After making the discovery, staff made an emergency stop at Florence’s Rifredi station, where all passengers were identified by police. Travellers were then allowed to make the onward journey to Milan on board a different train, which left at around 9.00pm.

Police investigating the death believe the man may have committed suicide, as the toilet door was locked from the inside, Il Messaggero reported.