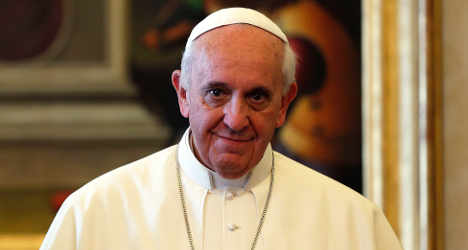 "Among those who persecuted and denounced the Pentecostalists – almost as if they were crazy people who tarnished the race – there were also Catholics," Francis said during a meeting with 350 Protestant evangelicals in Caserta in southern Italy.

"I am the shepherd of Catholics, and I ask forgiveness for those Catholic brothers and sisters who did not understand and were tempted by the devil," he said.

Italian fascists persecuted Pentecostalists and other Protestants under laws that were not revoked until the 1950s, and the Catholic Church is widely held to have supported their harassment.

A 1935 bill outlawed the Pentecostalist "cult" in Italy, saying it was "harmful to the physical and psychic integrity of the race".