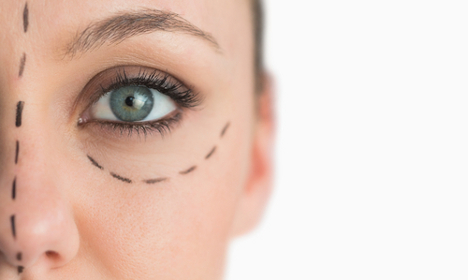 Despite the heavy influence of the Catholic Church in Italy, 61 percent of Italians consider abortion acceptable, according to the LaSt survey.

Meanwhile, although more Italians have plastic surgery than most other nationalities, facelifts are acceptable to just 44.3 percent of the population.

The procedure is least appealing to the oldest Italians: 31.8 percent of pensioners find it acceptable, compared to 77 percent of those under 24.

Young Italians also had more relaxed attitudes to abortion, seen as acceptable to 82.5 percent of under-24s compared to 48.7 percent of people over 65.

Although terminating a pregnancy is permitted under Italian law, abortion access is difficult in many parts of the country as doctors can refuse the procedure on religious grounds.

Italians are also relatively open to gay relationships, with 75.2 percent seeing no problem with same-sex couples, despite gay marriage still being illegal in the country.

Reflecting this positive view, the government is due this autumn to begin discussing new legislation to give same-sex couples more rights. Both the political left and right have said they are open to legalizing gay civil unions, although there has been strong opposition to granting adoption rights to same-sex couples.

The LaSt survey touched upon a number of other attitudes, finding that 90.2 percent of Italian society sees no problem cohabitation out of marriage. Italians are also open to artificial insemination (84.4 percent) and euthanasia (75.9 percent).

Along with facelifts, using soft drugs is frowned upon, only acceptable to 44.1 percent of Italians, while prostitution remains a social taboo (27.4 percent).

COVID-19
‘I’m going crazy’: Why international residents in Europe will travel this summer despite Covid

TRAVEL
SURVEY: Are you planning to travel abroad this summer despite the pandemic?
Url copied to clipboard!