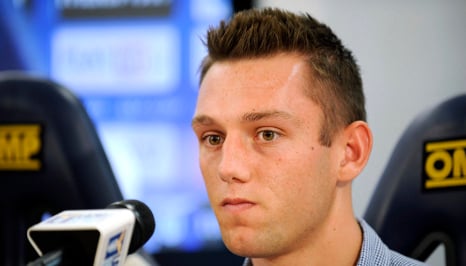 "I am happy to be at this club, all the more so as Lazio had been following me for a long time. They wanted me before the World Cup and it is the best
choice for me," said de Vrij at a press conference on Thursday.

The 22-year-old, who starred in the Netherlands' run to finish third at the World Cup, arrived in the Italian capital on Monday night and passed a medical on Tuesday.

Reports in the Italian media say that Lazio will pay Feyenoord a transfer fee of €8.5 million.

He has agreed a four-year deal worth a reported annual salary of €1.3 million.