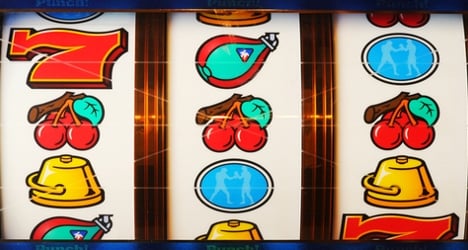 Italians are the fifth biggest gamblers in the world. Gambling photo: Shutterstock

ln a new report from Italy's Children's Commissioner, eight percent of young people surveyed said gambling is a regular habit, with Italians as young as 14 turning to gambling to “have money to spend”.

The report reinforces Italians' status as one of the biggest gaming nations: Italy is the fifth largest market in the world for gambling, just behind Hong Kong. Spending per capita on hitting US$400, according to the GBGC Global Gambling Report, published in June.

But the new report's focus on children serves to highlight the harm Italy's lax gaming laws could be having.

Forty-four percent admitted to playing slot machines at least once, while eight percent said they played at least once a month and were exposed to gambling through TV advertising or from shops and bars with slot machines close to home and school.

“It’s everywhere…in adverts, in films, in games rooms, in bars, on social networks,” one interviewee told the survey.

“All you need is a simple mobile phone to access the centres stealing money.”

Twenty-two percent said gambling made them feel “bigger”, while 10 percent said it felt good to break the rules and nine percent gambled to ward off boredom.

The more hard-core gamblers said the lure of easy money attracted them the most.

“You can go out of your mind, it’s like a drug, once you start you can’t stop,” another told the survey.

Mauro Croce, a psychologist with ALEA, an anti-gambling charity, told The Local that the growth in the number of young Italians gambling is in some part due to the economic crisis and feeling of “hopelessness” about the future, but is mainly because of the proliferation of “opportunities to gamble” in Italy over the last 20 years.

Gambling revenue in Italy has more than quadrupled between 2001 and 2012, when it increased from $5.6 billion to $22.4 billion, according to GBGC.

“There is definitely still a strong phenomenon of gambling in Italy,” Croce told The Local, adding that it has got worse since the 1990s when gambling legislation was relaxed.

“It’s especially worse for young people nowadays – because it’s everywhere. Apart from being able to play a slot machine in a bar or buy a scratch-card in a tobacconist, they’re exposed to advertising on Facebook or can play games on their smartphones.”

Croce added that TV adverts in particular “prey on vulnerable Italians with little money”, with the number of women gamblers also increasing in recent years.

“Women tend to gamble for escapism,” he said.

“Again, it’s so easy: they can play a slot machine while at the supermarket or paying a bill at the tobacconist. Whereas Italian men gamble for bravado and to feel more manly’.

Simone Feder, a psychologist who founded the ‘No slot’ movement in a bid to have slot machines removed from public spaces, told The Local that many young people believe gambling to be “part of Italian culture.”

He has taken his campaign to schools, where he has since a rise in the number of young gamblers, with some spending €5-10 a week, since 2004.

“They see it as the normal thing to do, they learn their family’s habits and culture. The most worrying thing is they don’t see the danger,” he added.

Feder, who said an estimated 800,000 Italians are gambling addicts, said the omnipresent slot machines, which are even found in airports, are the “biggest curse”.

“They are made only to create dependency.”