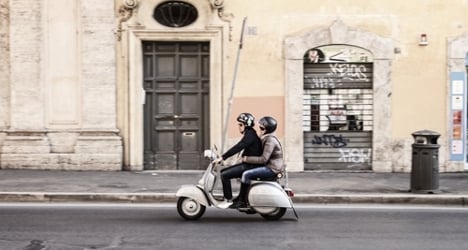 Only 3.5 percent of residents in Italy commute by scooter or motorbike. Scooter photo: Shutterstock

Commuters in every Italian region favour the car over any other means of transport, according to figures from statistics agency Istat.

A total of 44.9 percent drive to work, while a further 15.9 percent are passengers, data newly released from the 2011 census show. Only 3.5 percent use scooters or motorbikes to get to work or study in 2011, down from 4.7 percent a decade earlier.

Cars are most popular in Umbria, favoured by 72.8 percent of commuters, closely followed by Marche (69.8 percent) and Abruzzo (67.3 percent). Scooters and motorbikes are still big in Liguria, where 14.1 percent favour the two-wheeled ride, and Tuscany (6.8 percent).

Just 13.4 percent of Italian residents use public transport daily, although the figure is up from 12.9 percent in 2001.

Italians are also getting less enthusiastic about walking, but more residents are getting on their bikes. Just 15.8 percent walked to work in 2011, down from 16.9 percent in 2001, while the percentage or cyclists rose from 2.9 to 3.3 in the same period.

The best walkers can be found in the south of Italy, in Puglia (25.1 percent) and Campania (24.8 percent) regions. Cycling is most popular in the northern region of Bolzano (12.2 percent), followed by the central Emilia-Romagna region (7.9 percent).