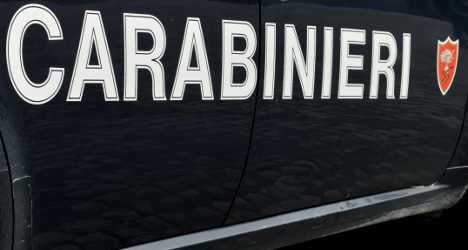 The couple were arrested in the province of Perugia. Photo: Rosie Scammell

The couple were arrested in the province of Perugia on Wednesday, La Nazione reported today.

Police stepped in after being told by local health authorities that the two girls had undergone female genital mutilation (FGM), a potentially fatal procedure in which a girl’s genitals are cut or otherwise damaged.

Their parents are from Nigeria and may have taken them abroad for the procedure, which is outlawed in much of Europe, La Nazione said.

The couple can, however, be prosecuted under Italian law, as their children were born in Italy and are residents of the country.

FGM was criminalized in Italy in 2006, carrying a prison sentence of up to 12 years. People who profit from practicing FGM on children can see their punishment upped by a third, while healthcare professionals can be struck off for up to ten years for being involved.

Although the nature of the crime makes it difficult to determine its prevalence, a 2009 study said there were 35,000 women in Italy living with FGM.

The first such case was brought before the Italian courts in 1997, but as of 2009 there had only been two cases in the country, according to the report by the European Institute for Gender Equality (EIGE).