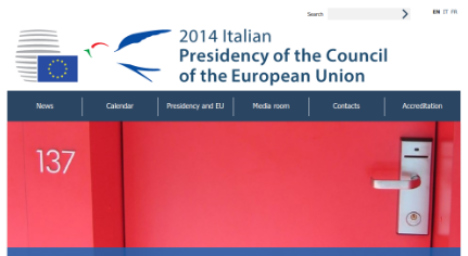 German Foreign Minister Frank-Walter Steinmeier sent his Italian counterpart Federica Mogherini a letter asking for the website, http://italia2014.eu, to be presented in German as well as Italian, English and French, the official said.

Rome agreed to consider the request, the source added, calling it "a step in the right direction".

There was no immediate reaction from the Italian government, which holds the rotating EU presidency for the second half of 2014.

EU presidencies have long offered a German version of their official online communications.

German is one of three official working languages of the European Commission, the EU's executive arm, and among 24 official languages for the bloc.

Latvia, the next president, has pledged to offer English, French and German translations of its website.