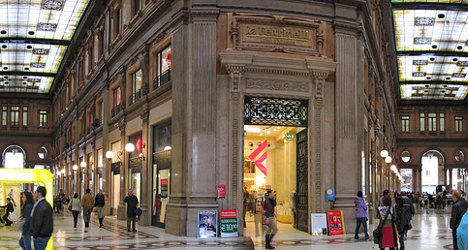 This is the highest level of dissatisfaction since Istat started conducting the annual survey in 1993.

Just 40.1 percent of Italians are satisfied with their economic situation, with just 1.9 percent declaring themselves “very satisfied”.

In the annual survey Italians were also questioned about other aspects of their everyday lives, including health, relationships with family and friends, their free time and the economic situation in which they also showed record levels of dissatisfaction.

The statistics come just days after Istat declared Italy, which is the eurozone’s third-biggest economy back into recession after the country’s gross domestic product (GDP) shrank 0.2 percent in the second quarter.

The contraction, which follows on the heels of a decline in growth in the first quarter, will be a sharp blow for Prime Minister Matteo Renzi's government as the country struggles to pull out of the worst recession since the Second World War.

However Renzi insisted that the country would not breach the European Union's three percent deficit ceiling "either in 2014 or 2015."

Despite the statistics, experts say that Italy’s economy could get better.

In an interview with The Local last week, Christian Schultz, a senior economist at Berenberg Economics, said he believes the economy will improve over the next few quarters, with Italy’s exports benefitting alongside recovery in the Eurozone.

He added that labour reforms that will enable Italian firms to be more competitive globally are crucial.