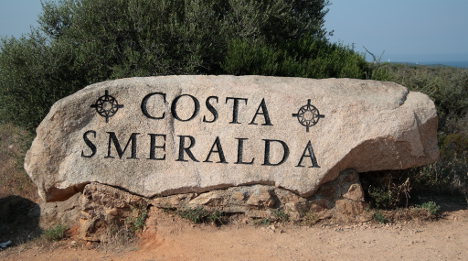 Regulars at the prestigious Villa Violina, including Russian oligarch Alisher Usmanov, who was listed by Forbes earlier this year as the country's richest man, have stayed away this summer, the hotel’s manager, Ivana Gaggioli, told The Local.

Usmanov, who is also the second biggest shareholder in the English premiership club Arsenal, usually visits every summer, Gaggioli said.

“We’ve felt a big decline this year,” she added.

“Maybe they’re afraid to leave their country because of the situation in Ukraine. It’s not just Sardinia, I think they’re also avoiding places like Monte Carlo this year.”

Gaggioli declined to comment on a report in La Stampa which said that Russian President Vladimir Putin’s sister, also a regular at the hotel, had stayed away so far this year.

Franco Mulas, area manager for the Starwood hotel on the Costa Smeralda, told La Stampa that the decline is an “obvious consequence of the ongoing war between Russia and Ukraine.”

The hotel instead has had to rely on customers from Turkey, Germany, Spain, France and the UK, he added.

But he revealed that a billionaire within Putin’s close circle has “violated” the supposed boycott and “has booked for the Ferragosto holiday weekend”.

Meanwhile, Russia's most powerful have also been notably absentees among the Costa Smeralda's yachting fraternity this summer.

“This year, only strangers have come from Eastern Europe: rich people, but not that rich,"  the head of a major tour operator, who was not named by La Stampa, was quoted as saying.

"The powerful ones, who come every year and spend millions of euros within a few days, haven’t come. Most of them have stayed home, to not lose sight of what’s happening.”