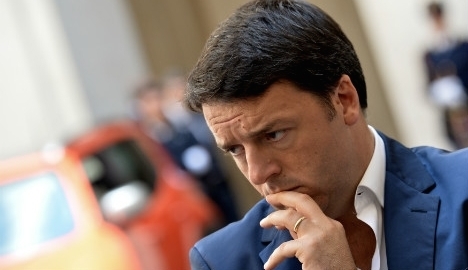 Renzi vowed to change the way Italy manages EU funds during a press conference in Milan aimed at drumming up excitement for Expo 2015, which the premier is hoping will kick-start the country’s economy, according to a report on Polisblog.

Renzi reportedly appeared annoyed when journalists veered off-topic and instead asked questions about controversial labour reforms and Italy’s relationship with the EU.

In response to a question about the EC's criticism of Italy's lack of strategy, Renzi said: “Ah, so the commission said that Italy is a country without strategy? No, it's important to distinguish fact from fiction.”

Renzi admitted that Italy has mismanaged EU funds, and pledged to change the model “by giving more money to strategic works and infrastructure projects”, according to a report on Ansa.

His comments came after the EC denied reports that Italy risked losing €41 billion in funding for the 2014-2020 period after failing to provide clarity on projects and financing plans.

"I can say that we are close to wrapping up the definitive text of the partnership agreement (with the EC) in September on the basis of the intense work carried out in recent weeks," Delrio was quoted on Ansa as saying.

"The 40 billion in EU funds in the partnership agreement that have yet to be stipulated today represent an opportunity to be spent right down to the last cent, not a risk of losing the money."