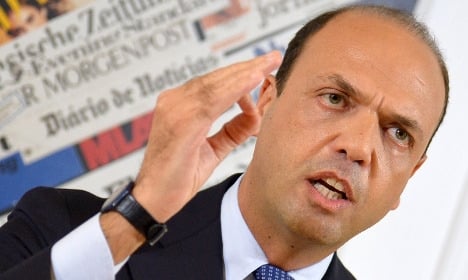 Angelino Alfano made the comment during the launch of his “spiagge sicure” (safe beaches) plan to crack down on illegal sales of counterfeit products on Italian beaches. Photo: Alberto Pizzoli/AFP

On Tuesday Italy’s Interior Minister and former Deputy Prime Minister Angelino Alfano was accused of using racist language when he referred to illegal street pedlars as “vu' cumprà”, an expression which imitates the pronunciation of African immigrants of “vuoi comprare?” (“would you like to buy?”).

“Italians are tired of being insulted by hordes of ‘vu' comprà’. We must raze this counterfeiting to the ground,” Alfano is reported to have said on Monday, according to La Stampa.

The comment sparked a backlash from Democratic Party politicians, including Congo-born Cécile Kyenge, the former Minister for Integration, with some comparing him to Italian football federation president Carlo Talvecchio, who recently referred to African players as "banana eaters".

However, speaking on Thursday during a visit to the island of Lampedusa which has struggled to deal with record numbers of migrant arrivals in recent months, the minister denied that the expression was racist.

“There was no racist connotation: it’s a big storm in a teacup of hypocrisy”, the minister said, according to the Italian edition of the Huffington Post.

“I’ve read editorials with nauseating hypocrisy,” Alfano added. “We are defending Italian brands, Made in Italy from counterfeiting. Otherwise we would have punished Italian entrepreneurs who pay taxes.”

Alfano’s visit to the island comes as Italy struggles to cope with a huge surge of African immigrants.

On Wednesday the Italian Navy said nearly 1,400 immigrants, many without life vests, had been rescued from the Mediterranean in 24 hours.

On Tuesday, the EU border agency Frontex said that the number of boat migrants arriving in Italy had soared 500 percent in the first half of the year, already topping a 2011 record during the Arab Spring uprisings. 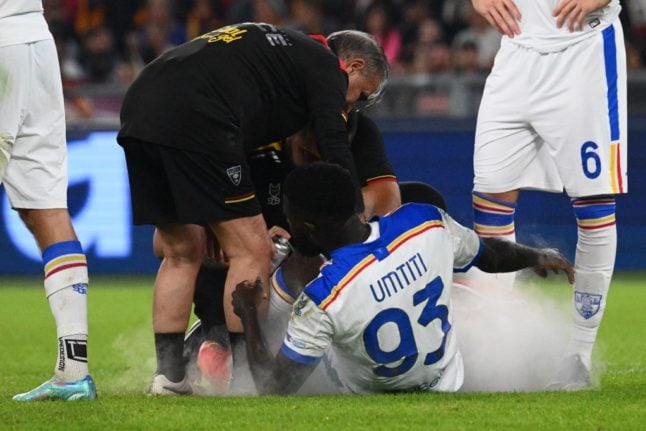