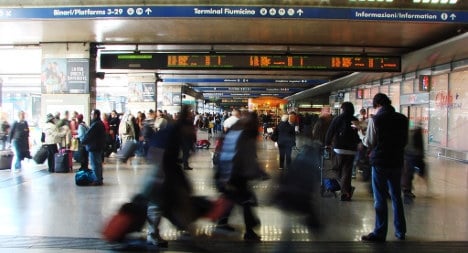 “The information from the British Foreign Office on the dangers of tourists from Great Britain on holiday in Rome is misleading and false,” wrote Mayor Ignazio Marino in a note, according to La Stampa.

“In fact,” the mayor added, “as I already pointed out last year to the British ambassador in Italy, there is international and incontrovertible information that shows that London, from a crime point of view, is much more dangerous than Rome.

“And it’s for this reason that the Italian government, quite rightly, warns our tourists of the danger of certain areas of London. Rome eagerly welcomes all tourists form the United Kingdom, but Romans are offended by the warnings which have a sense of non-existent superiority.”

The mayor was reacting to the travel advice for Italy posted on the British Foreign Office's official website under "Safety and Security".

While the Foreign Office says on its website that “crime levels are generally low” in Italy, it warns of “higher levels of petty crime (particularly bag snatching and pick-pocketing) in the big city centres.”

It advises tourists to pay particular attention to gangs who it claims hassle and jostle tourists to distract them, “while other members of the gang go into action.”

The central Termini Station and the number 64 bus, which goes to St Peter’s Square in the Vatican, are singled out as particularly prone to petty crime.

PARTNER CONTENT
Why we love Britain: Our ‘Best of Blighty’
Url copied to clipboard!