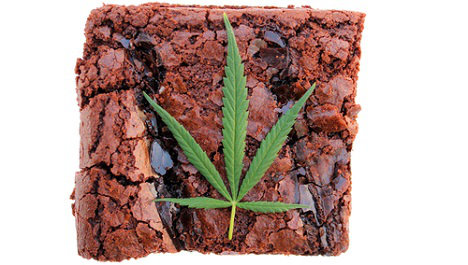 A man aged 45 and a woman aged 35 have been accused of drug dealing after they served a cake containing marijuana to eight diners at a lunch in Luserna San Giovanni, in the Turin province, to celebrate the Ferragosto weekend.

The pair followed a classic sponge cake recipe with the addition of around eight grams of marijuana, including the seeds from the plant, La Repubblica reported.

By the evening, however, some of the diners complained of feeling unwell, so much so that two diners were admitted to hospital with suspected food poisoning.

But it didn’t take medics long to discover the true cause of their sickness, according to La Repubblica, and the police were alerted.

Two others, a man aged 65 and another aged 30, are accused of facilitating the use of drugs by hosting the party.

This isn't the only cannabis-related culinary incident to hit headlines in the past year.

Last year, a French student, who left his teacher believing he was a bird after handing out homemade cannabis cookies on an excursion, was handed a suspended jail sentence by a French court.

In February, a Madrid university student went into a coma after he ingested a birthday cake baked with the drug. Nine other partygoers also required medical attention.

And in March, also in Spain, a 78-year-old and a 67-year-old were charged after serving up a marijuana-laced cake to several unsuspecting friends.