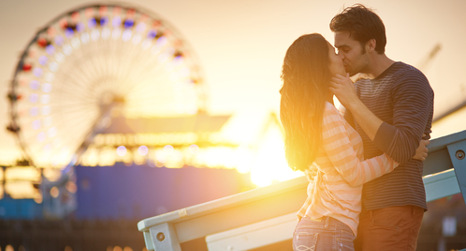 A team of scientists led by an Italian have claimed the G-spot does not exist. Photo: Couple photo: Shutter

In 1950, German gynaecologist Ernst Grafenberg claimed there was an area on the vaginal wall that, when stimulated, may lead to an orgasm.

The area, said to be rich in nerve endings, later became known as the G-spot and hence years of research to confirm its existence began.

Various other claims have since been made, including one from an American gynaecologist declaring in 2012 that the area did exist but was very small.

But a team of scientists led by Emmanuele A. Jannini, a professor of endocrinology and sexology at Tor Vergata university in Rome, have now countered that claim.

In a recent article published in the Nature Reviews Urology medical journal, they argued that the “intimate area” that leads a woman to heightened sexual pleasure is much more complex and includes the complete reproductive system, including tissues, muscles, glands and the uterus.

The team assessed 60 years worth of research, Jannini told The Local, and concluded that it is not a "spot" that arouses women but "a sensitive area", and nor should it be referred to as a "G-spot".

"Until now, studies have talked about a 'G-spot'. But it's not simply a spot as has previously been thought."

Jannini also said that the vagina “must be respected” and is not simply a conduit through which children are made.

"Compared to the male erogenous zones, it is much more variable and complex, and also varies from woman to woman depending on the hormonal cycle.”

Meanwhile, another team of Italian researchers recently said that the key to a woman's sexual fulfillment was in eating an apple a day.