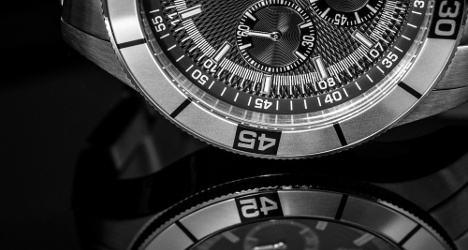 Police arrested two leaders of the Camorra, a mafia network based in the Naples area, as well as three other Italians who were experts in stealing watches and "evasive driving" as part of the operation, police said in a statement.

Two of the suspects, a man and a woman, rented an apartment in the most upmarket area of Ibiza Town, the capital of the island, and spent time in its port and other luxury areas to find potential targets.

"Once they selected their target and had verified which type of watch they owned and if it could be sold in Italy, the stalking phase began," the police statement said.

"They observed what time the victim arrived and left, what their main routine was, to determine the best moment to steal the watch."

The gang, which arrived on the Mediterranean island in May, targeted watches that cost at least €10,000 which they then sent to Italy.

Ibiza, the smallest of the three main Balearic islands located some 190 kilometres (120 miles) off Barcelona, is one of Europe's top tourist destinations.

The island, which is known for its luxury nightclubs and turquoise waters, draws rich and famous visitors from around the world. US hotel heiress Paris Hilton and British model Kate Moss are regular visitors.