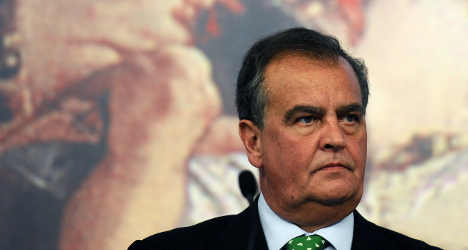 Roberto Calderoli claims he has been cursed by African spirits in revenge for a racist slur. Photo: Vicenzo Pinto/AFP

Roberto Calderoli, the deputy speaker of Italy’s Senate, was widely condemned after comparing Cecile Kyenge, the former integration minister, to an ape in June last year.

He later claimed he was a “misunderstood animal lover” and refused to resign. But that explanation failed to convince the prosecutor of Bergamo, who ordered him to stand trial for defamation aggravated by racial discrimination. The trial is ongoing.

After a spate of bad luck – including undergoing six operations, losing his mother and last week finding a 6ft snake in his house – Calderoli told the weekly gossip magazine, Oggi, that African spirits have plotted against him in revenge for the insult.

He is now calling on the help of an exorcist.

“Maybe I should put an ad in a newspaper or call Bergoglio (Pope Francis), if he’s not too busy accommodating immigrants in our country, but I absolutely need to find an exorcist,” he said.

Calderoli said the string of bad luck started after a video emerged of Kyenge’s father, Clement Kikoko Kyenge, leading a ceremony in a village in Democratic Republic of Congo last year during which he asked God to free the politician of evil thoughts.

A photo of Calderoli was also placed in the middle of a termite mound as Mr Kyenge asked ancestors of the village to do the same.

“I’ve never been superstitious but after this, things started happening more and more,” Calderoli said. He also claimed to have suffered two broken fingers and two broken verterbrae as a result of the curse.

A lucky charm in the shape of a red chilli pepper given to him by friends in an attempt to ward off the evil spirits also mysteriously snapped in half a day later, he said. 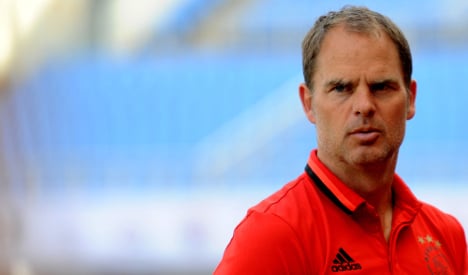 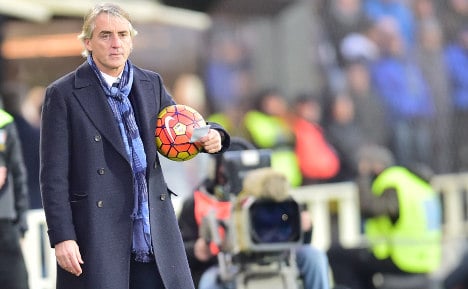