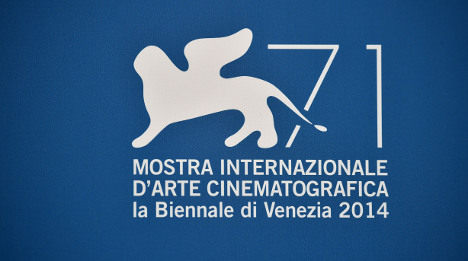 The title may not be sexy, but the "European Gap-Financing Co-production Market", new this year, hopes to take movies from the drawing board into cinemas worldwide by filling their funding gaps.

The idea is to match potential financing partners – such as private equity companies – with directors who have at least 70 percent of their funding already in place.

"This is the first project of its kind," said Pascal Diot, who heads up the film market and came up with the idea for the initiative.

"Toronto, Cannes, Berlin and Sundance all have their own attractions but none have this. I wanted to set up something which would be different from the usual development projects," he said.

Diot, who has over 25 years experience in international film sales, said the idea was to tap into "the great demand for opportunities to invest in films the industry can be sure will be made."

And with co-productions often split 70/30, "by having projects with 70 percent of financing already in place we are making it easier for shoppers," he said.

Didar Domehri, whose production company Full House is producing French film Bang Gang by first-time director Eva Husson, said she was looking for €260,000 ($341,500) from "a private, flexible investor" to complete the budget.

"I have my usual network but this is a great opportunity to identify new people," she said, adding that she had already been approached by possible investors from Britain and the United States at the gap-financing market.

"It's a fantastic initiative, I think it will be a great success," she said.

At the next table, overlooking the beach, a French investor chatted excitedly to an Italian team about an international conspiracy thriller, before a Dutch team with a film on the undead unveiled their presentation.

This is not the only project to help promising movies overcome hurdles: Final Cut in Venice, now in its second year, sees nearly-complete films from Egypt, Ghana, Jordan, Palestine and Syria compete for post-production services.

This year six works, including documentaries on Ghana's disabled skate soccer team, Jordanian exorcists and Palestinian refugees, are competing for prizes such as €15,000 worth of colour correction or audio mixing.

Diot said he was still ironing out problems with "European Gap-Financing Co-production Market" – including not having enough screening facilities to match the number of industry requests to see products.

But the film market here in general is doing well he said, considering Venice screens 55 films compared to hundreds of flicks shown in Toronto.

"The numbers are steady compared to last year's figures, while attendance in both Cannes and Berlin, for example, decreased this year," he said.

Last year's market, which was mostly for distributors, drew around 1,700 industry participants, according to its website.

"The industry presence here is relatively small of course, but our market is still very young and I'm sure will grow in popularity. Venice is a small festival, there's no rushing around, networking is a pleasure here," he said.

"We want as many products as possible to begin in Venice, to grow thanks to Venice, where we hope they will then return and compete for the Golden Lion."