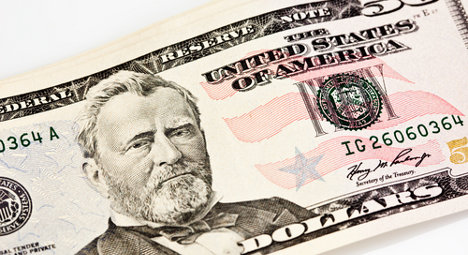 The American tourist was on holiday in the town in 1964 when he received the fine for illegally parking his Vespa. A $50 bill: Shutterstock

The mayor of Lerici, a town in the northern Italian region of Liguria, has praised the actions of an American tourist this week after he sent a letter of apology along with $50 for a parking fine from half a century ago.

Robert Atherton was on holiday in the town in 1964 when he received the fine for illegally parking his Vespa, according to Il Gazzettino.

However, apparently due to forgetfulness, the American had never got round to paying the 1,000 lire fine.

Out of a sense of duty, Atherton, who lives in Phoenix, Arizona, sent $50 to the town authorities along with a letter of apology “to make up for forgetfulness”.

He was even thoughtful enough to calculate how much the fine would have cost today before converting the amount into dollars.

The American’s gesture of goodwill was described by mayor Marco Caluri as exemplary.

“I thank Mr Atherton on my own behalf and on behalf of the town and I will not forget to write back to him, to thank him personally for his honesty,” he said, according to Il Gazzettino.

The mayor described the payment a “a really admirable gesture that I hope will serve as an example.”