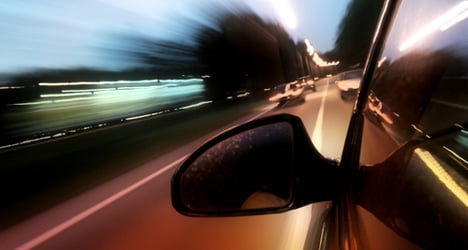 Police believe the man's arm was hanging out of one of the car's rear windows at the time of the accident. Photo of a car: Shutterstock

The driver of the car did not stop until pulled over by Civil Guard police some 4 kilometres (2.5 miles) from where his 28-year-old Italian passenger's arm had been ripped off at the elbow during a collision with a safety barrier.

The man had been hanging out of the rear right-side window when the vehicle struck a safety fence, ripping his arm off at the elbow.

Police officers assessed the severity of the man's injury and immediately called for an ambulance, according to local daily Diario de Ibiza.

The driver of the car was given a breathalyser test which revealed that he was over the legal limit.

After being taken to nearby Can Misses hospital the injured passenger was flown by helicopter to Son Espases hospital in Palma on the nearby island of Majorca.

Although the missing limb was recovered from the site of the accident, surgeons were unable to reattach it due to the damage sustained.