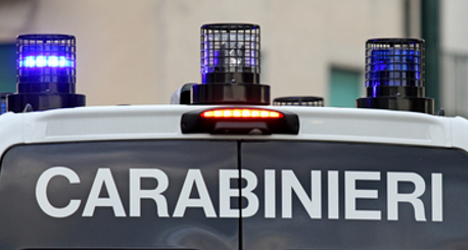 Police officers then had to break up a violent fight which broke out between the two men. Police photo: Shutterstock

The unnamed man was in bed with his wife when he noticed a shadow moving in the room, which he believed to be a burglar, Tgcom24 reported.

He phoned the police who caught the intruder, only to discover the “thief” was the lover of the caller's wife. The officers then had to break up a violent fight which broke out between the two men.

The woman’s lover had reportedly wanted to surprise her, but hadn’t counted on her husband being home.

The incident comes just weeks after police in Stockholm, Sweden, were called to a house after a neighbour spotted “a masked thief clad entirely in black”. The would-be burglar turned out to be the homeowner, practicing his ninja moves.

READ MORE: Stockholm 'thief' turns out to be trainee ninja