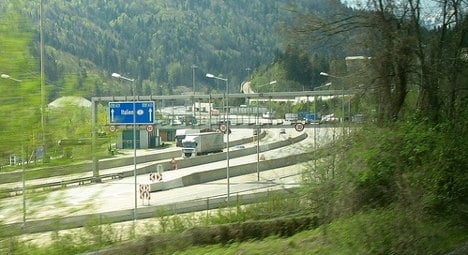 The 72 people, presumed to be refugees, were stopped after crossing the Italian border into Austria. MPD01605

The group said is made up of Syrians and Eritreans, and included nine children, police said.

They will be processed and taken care of by the Red Cross, before being sent back to Italy.

The incident comes just weeks after a group of 48 refugees were intercepted in Tyrol and deported to Italy.

Under EU rules – the so-called Dublin III regulation – refugees must seek asylum within the EU country which they first entered.

Earlier this month, the interior ministers of Germany and France asked Italy to respect the regulation, stressing that many migrants are landing in Italy but “headed to northern European countries”.

Meanwhile, Austria’s Vice Chancellor Reinhold Mitterlehner (ÖVP) said recently that the number of refugees travelling through Austria into Germany presents “a substantial problem” and that the reintroduction of border controls might be something to consider.

Italy is struggling to cope under an influx of migrants. More than 100,000 people have arrived in the country after making the perilous journey by boat since the start of the year.