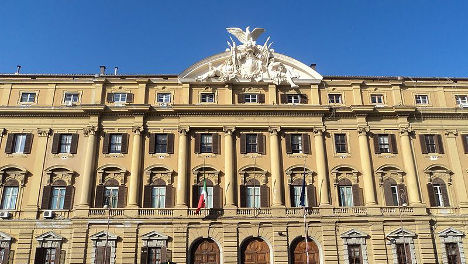 The Ministry of Economy headquarters in Rome. Photo: Nicholas Gemini

Ten regional offices will also be closed from February next year, the ministry said in a statement.

The job cuts will take effect immediately, and will see the number of managerial roles reduced from 712 to 573.

The move, which the ministry said "will result in significant savings", also includes plans to share office place in order to save money on rent.

The measure follows a request from Prime Minister Matteo Renzi for ministries to each submit ideas of ways to cut three percent from their budgets as part of an overall spending review.

Economy Minister Pier Carlo Padoan said on Tuesday that the government is “working like crazy” on essential reforms, designed to lay the foundations for the revival of Italy's moribund economy, and rebutted criticism that it has over-promised and under-delivered.

In an interview with Germany’s Handeslblatt newspaper, he said: “Italy has completed much more than is recognized."