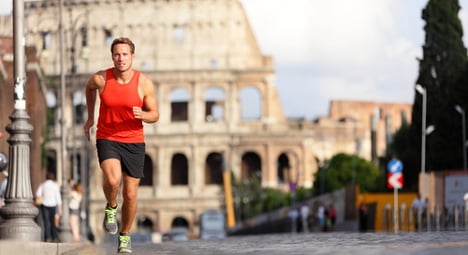 A man running past the Colosseum in Rome: Shutterstock

For those worried what all those pizzas and ice-creams are doing to their waistline, taking to the streets of the historic centre at dawn not only lets visitors stay trim but gives them an experience of Italy's capital when the tourist crowds are still tucked up in bed.

Kristin Karstensdotter, a young Swedish expat, founded her jogging guide company in 2012 to fill a gap in the market after training for the Rome marathon.

"I was out all the time, running the city, and I saw all these tourists walking in groups or running by themselves and I thought it would be very cool to be able to show them the same side of Rome I see when I'm out running," she told AFP during a morning sprint.

From nine o'clock in the morning (0700 GMT), a small group of maximum six people meets in front of the imposing Castle of the Holy Angel on the banks of the Tiber river and sets off on a tour which takes in the Spanish Steps, Trevi Fountain and the Pantheon.

With Romans busy sipping espressos or already at work at that hour, the cobbled streets are relatively empty and the group can take time to stop and hear all about the history of the city's prized monuments from their guide.

From Americans to Japanese, Lithuanians and Swedes, the runners come from across the world.

"All types of people take part in the visits, from 14 year-olds to 65-year-olds. Many come from the US, but also from Japan, Israel, Africa and Europe," said Karstensdotter, sporting a jazzy jogging outfit and running shoes.

The groups cover about seven kilometres (just over four miles) in an hour, and don't need to be particularly athletic. While most who take part describe themselves as "sporty", Karstensdotter said she also welcomes beginners.

"Some are a bit nervous at the start because they're worried whether they'll make it or not, but in the end they're pleasantly surprised," she said.

Karla, a Salvadorian student taking part in one of the tours, said she had been attracted by the idea of seeing the city in a different way.

"You discover things at a more leisurely pace walking, but running is more fun, particularly in a group," she said.

Her running companions, Americans Kevin and Maura Quinn, said they had decided to kick off their stay in Rome with this "nice little running tour".

"Loved the tour, it was a great way to see Rome. It will be quite a memory to have," Maura said, adding that she liked "the fountains, the ambiance, the people and the pulse of Rome. It's just electrifying."

The couple are used to donning their running shoes on holiday, and though they said they'll go for another run in Rome, just the two of them, doing it with a guide makes all the difference the first time around.

"It gives you a feel for the people and the streets, geographically I get a sense of where I am. And you cover a lot of ground in an hour, you get to see a whole city quickly," Kevin said.

Finally, a trip to the spaghetti heartland of Italy can actually be good for your figure. 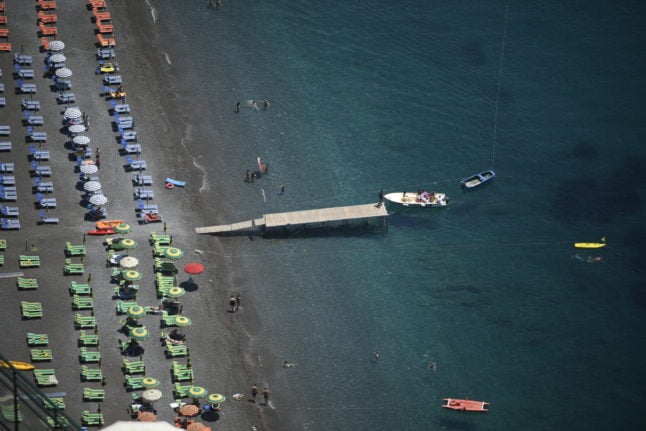