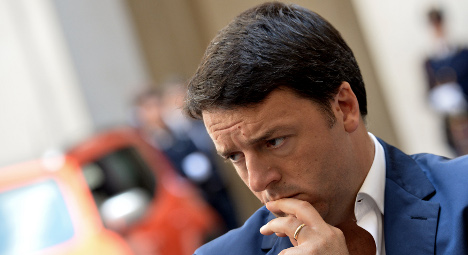 Renzi's father is being investigated for bankruptcy fraud in Geneva, according to reports. Photo: Tiziana Fabi/AFP

The newspaper said prosecutors have asked for an extension of the investigation into Renzi senior and two others. The public prosecutor's office was not immediately available for comment.

Should the case go to trial it would prove a big embarrassment for fresh-faced Renzi junior, who took over in Italy earlier this year on a pledge to clean up politics and tackle widespread corruption.

Correction: An earlier version of this story reported that the case was being investigated in Geneva, when in fact it is Genoa.