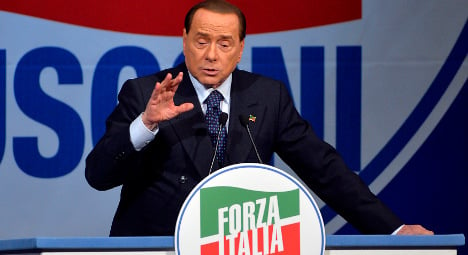 Renzi's Democratic Party needs Berlusconi's Forza Italia party to tow the line if he is to get key bills through parliament. Photo: Andreas Solaro/AFP

The former premier, who is currently doing community service for tax fraud, has gleefully donned the hat of political interlocutor, and met with baby-faced Renzi on Wednesday to discuss key issues from institutional reforms to the new electoral law.

Renzi's centre-left Democratic Party may be flying high at the moment, but the reform-minded PM needs Berlusconi's centre-right Forza Italia (Go Italy) party to tow the line if he is to get key bills through parliament.

"Renzi is walking a tightrope because he needs Berlusconi, faced with protests from the left wing of his party," he said.

The 39-year-old is being challenged on several bills by discontent backbenchers in the Democratic Party's left wing.

But his troubles are nothing to those of Berlusconi and a heavily divided Forza Italia, which is still smarting from an embarrassing performance at the European election and boasts a €2.0 million ($2.58 million) deficit as well as voter approval ratings of just 15.5 percent.

"Within Forza Italia, the parliamentary group revolts have almost become a mutiny. In the space of a year, the party has undergone a profound transformation. From anarchical monarchy to an oligarchy of clans," the left-leaning Repubblica daily said.

Experts say its unravelling stems from Berlusconi's legal troubles last summer, when he was definitively convicted for tax fraud and sentenced to a year in prison, which was converted to community service in an old people's home in Milan.

Women in the 'magic circle'

His ousting from parliament following the guilty verdict saw him abruptly cut off from his party and the political scene in Rome, leaving a leadership vacuum.

Party members have accused two women in his so-called "magic circle" of close allies of trying to manipulate him and take over the reigns of power.

The first is his girlfriend Francesca Pascale, who vets those wanting access to the 77-year-old and has the power to turn people away. Almost 50 years his junior, she has taken on an intimate advisory role which irritates the party's former top dogs.

The other is Maria Rosaria Rossi, 42, nicknamed "care assistant" by her enemies within Forza Italia because she never leaves the ageing Latin lover's side.

She was recently appointed the party's sole administrator, to the great displeasure of green-eyed members who consider her little more than small fry.

Behind the scenes the battle to succeed Berlusconi as head of the party is intensifying. While the "magic circle" wants the magnate to remain — at least as a figurehead — the rebels, lead by one of his ex proteges Raffaele Fitto, is calling for greater internal democracy, starting with primary elections.

As the war within Forza Italia escalates, a number of MPs have stopped paying their dues — €800 a month — leaving a gaping hole in the coffers.

And with the new law on party financing forbidding individuals from donating more than €100,000 a year, billionaire Berlusconi could not plug the gap, even if he wanted to. 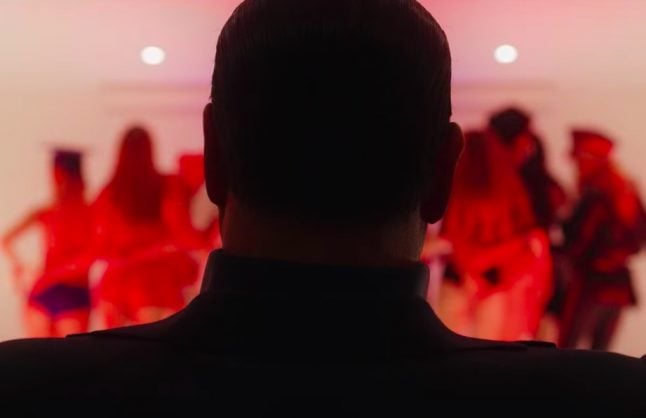