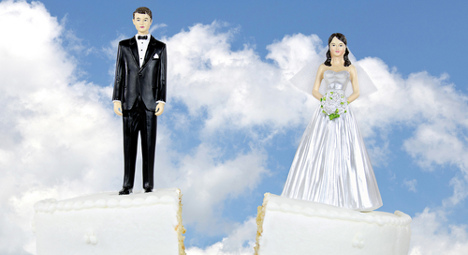 The wife, who filed for divorce shortly after the couple’s marriage in 2007, complained that the husband was too attached to his mother, creating emotional and sexual problems between the couple, La Gazzetta di Mantova reported.

In 2010, the couple’s marriage was annulled by an ecclesiastical court, which concluded that the husband was unable to fulfill the minimum sexual needs of his wife required in a marriage, making him "unaffectionate and indifferent" towards her.

However the wife appealed against decision, saying that the marriage was in fact valid because the husband was perfectly aware of the negative aspect of his relationship with his mother whereas she was not.

But in the latest appeal, the Supreme Court of Cassation upheld the decision, saying that the marriage was invalid because the husband’s inability to perform marital duties was the result of a “mental illness”.

The woman is now seeking compensation in a separate civil case.

PARTNER CONTENT
Spring is in the air, could romance be too? A new survey has the answers
Url copied to clipboard!