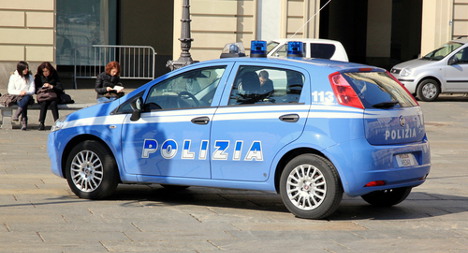 A Pakistani man was beaten to death in Rome. Police car photo: Shutterstock

The incident occurred at around midnight on Thursday in the Torpignattara district in eastern Rome, Il Messaggero reported.

Speaking to police after the incident, the alleged attacker, who lives in the area, claims he had got into a fight with the man after he spat at him in the street.

“I was walking home when I saw the Pakistani man who was drunk and annoying passersby,” the boy was quoted in Il Messaggero as saying. “When I walked passed him he spat at me, so I reacted.”

However, he denied punching the man more than once.

According to witnesses, the attacker was with a male friend at the time of the incident but that this friend did not take part in the violence.

Paramedics were called to the scene but were unable to revive the victim.

The victim, identified as 28-year-old Khan Muhamad Shanzad from Pakistan, was reportedly homeless but had an Italian residence permit.

An autopsy will now be carried out to establish the injuries sustained.

The alleged attacker is being held in a juvenile prison and faces charges of involuntary manslaughter.