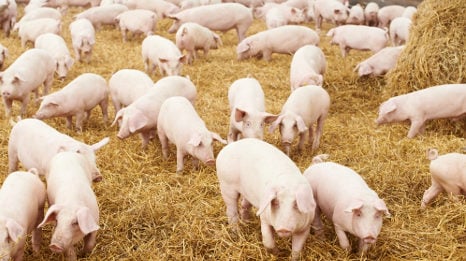 Police in Puglia saved the man from being fed to pigs. Pigs photo: Shutterstock

The gang leader was caught on wiretap ordering the 37-year-old to be fed to the “hungry” animals after €45,000 given to him and an accomplice to buy cocaine in the northern Italian city reportedly disappeared, AGI reported.

The man, from the town of Palo del Colle, near Bari, was to be taken to a farm in Trani and eaten alive.

But the police managed to locate the farm in time and saved him, while arresting the gang's boss and four others.

Feeding people to pigs, or at least attempting to, seems to be a fairly common punishment tactic among criminal gangs in Italy.

Police in Calabria last year revealed that a mafia boss was fed alive to pigs over a feud with a rival clan.