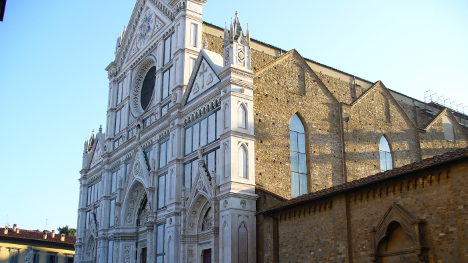 The man was caught urinating on the door of the Sante Croce church in Florence. Photo: FreePenguin

The 24-year-old from Livorno was caught by police patrolling the area in the early hours of Thursday morning and quickly defended the act by saying “I'm an atheist”, La Nazione reported.

He now faces charges of performing an obscene act in a public place.

The church is the burial gound of Renaissance artist Michelangelo and the Italian physicist, engineer and philosopher, Galileo Galilei.

Father Antonio di Marcantonio, its rector, has long lamented the drunken behaviour and vandalism in the Santa Croce area at night.

In February, an American student was caught peeing in Piazza Santa Croce, a stone’s throw from the church, while tourists have also been caught vandalizing the city’s famous bridge, Ponte Vecchio.