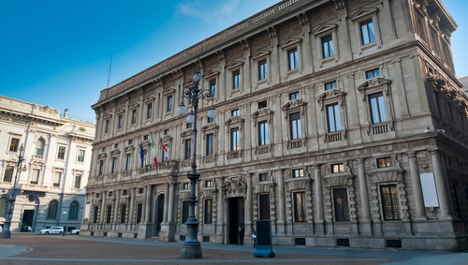 The alert came a day after Italy stepped up security measures due to threats from the Islamic State in Iraq and Syria (Isis).

Milan Mayor Giuliano Pisapia and all others inside Palazzo Marino were evacuated from the building on Thursday afternoon following a call to police from an elderly woman, La Repubblica reported.

The woman is believed to have told the authorities she heard two men on a tram discussing a bomb at city hall, although the contents of the call have not been released.

The warning was enough to prompt police to evacuate the building and bring in a bomb squad.

No device is thought to have been found, however, and staff were allowed back into Palazzo Marino at around 4.30pm.

Speaking after the bomb alert, Basilio Rizzo, the president of city hall, thanked “all law enforcement agents and police officers.”

He also praised “all city hall staff who confronted the situation with the maximum calm and composure.”

The bomb alert came a day after Interior Minister Angelino Alfano said the government has raised its security level, following threats from the militant group, Isis.

Italy’s support for US-led bombing raids against Isis in Iraq and Syria “could trigger a reaction”, Alfano warned.