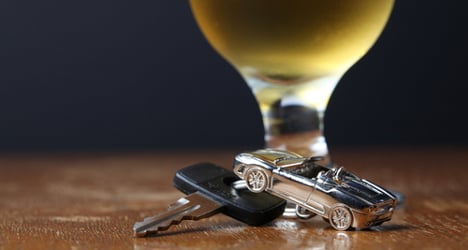 Gianni Paciello, 22, crashed a BMW into the bar in Sassano on Saturday night, La Stampa reported.

Four people sat at a table outside the bar were killed, including the owners’ sons Giovanni Femminella, 17, and 23-year-old Nicola.

The driver’s 14-year-old brother, Daniele Paciello, also died alongside 15-year-old Luigi Paciello who is of no relation.

Gianni Paciello was hospitalized with fractures and tested positive for alcohol, La Stampa said. His driving licence had been taken away following a previous accident and he is now facing charges of multiple manslaughter.

Tommaso Pellegrino, mayor of Sassano, said he mourned “the tragic death of four wonderful young people” that he knew personally, expressing his sympathies with the families “destroyed” by the accident.

While Italy has laws against drink driving, a 2013 report by the World Health Organization (WHO) gave the country just 7/10 for enforcement.

Drivers were under the influence of alcohol in 9.8 percent of accidents, according to 2010 figures quoted by the National Institute of Health (Istituto Superiore di Sanità, ISS).