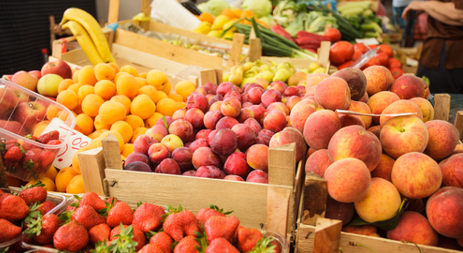 The fruit and seller died after setting himself on fire. Photo: Fruit and vegetables photo: Shutterstock

Salvatore La Fata, 56, suffered burns to 60 percent of his body after setting himself alight in Catania’s Piazza Risorgimento on September 19th, in a sign of desperation at having his only source of income taken away, Rai News reported.

The story of the married father of two, who had been unemployed since 2012 after losing his job at a construction company, resembles that of Tunisian fruit seller, Mohammed Bouazizi, who died in the same way at the end of 2010, sparking the so-called Arab Spring revolution.

The policemen now face charges of manslaughter as his family’s lawyer, Francesco Maria Marchese, prepares to file a case against them.

Marchese was quoted on Rai News as saying that the officers also face charges of incitement to suicide after a witness heard one saying, “If you must do it, move over there”, in response to La Fata’s threat to set himself alight.

This is not the first case of a person in Italy setting themselves alight out of desperation.

In December last year a 51-year-old man died after setting himself on fire in Rome's St Peter’s Square, while a 28-year-old man from Naples, who had lost his job, died of his burn injuries on Christmas Eve.